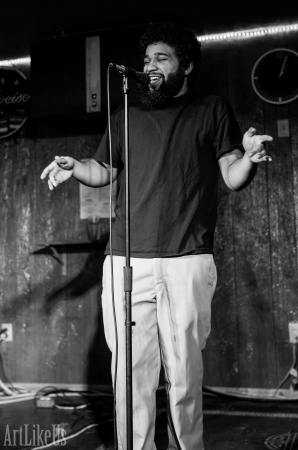 With a life's worth of background in writing and performing, Mulu enters his BLANK year of officially pursuing a rap career. Boom trap beats with poetic interludes and meaningful lyrics create a sound unique to the emerging Uniontown artist. He is preparing to release a new EP titled MULUXMOE, which is set to include five tracks. It will be a perfect way for new and old fans to get introduce to the music Mulu is making now that reflects himself and his values instead of one that just attempts to be music people want to hear. Growing up in a small town meant that most of his music influences were coming from family and friends. He style is evident of the wide range of music he grew up around from the Jewel to Sublime to Grandmaster Flash. He loved it all, but hip hop is what resonated with him and brought him to the thought of "Hey, I want to do that." Performing for family or English teachers his whole life has paid off with Mulu giving some of the most heartfelt, passionate and engaging live performances that fans of any genre would appreciate. His lyrics that pull from real life and his personal poems can draw in anyone and make them feel at home with is music. Different sounds and sometimes personalities can be found in his past projects, not as a negative, but a connect the dots to where he is today. If you are not already a fan, then MULUXMOE will be the place to start and begin to understand an artist that has grown immensely to produce an EP that is not just music but who he is as a person translated into lyrics and beats.