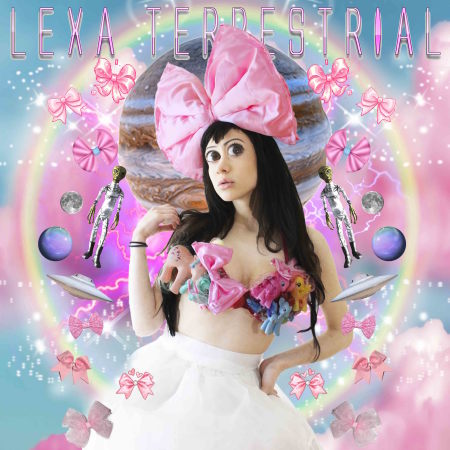 Lexa Terrestrial is the being behind the full-fledged audio-visual Hip-Hop experience & brand. She is a singer, rapper & producer and also has a brand- "Electric Dollhouse" of mod but futuristic/Japanese style attire & accessories. She even makes custom Light up Bows & Bras. Her fan are intelligent and worldly. Repping Pittsburgh but has spent the past year making her mark on NYC’s music scene, and in that time, has become a recognized figure anywhere that outlandish attire and debaucherous behaviour is welcomed. (the Deli - Brian Chidester) Featured on the 10th Anniversary Issue of "THE DELI" The Most Popular NYC Music Blogs & Magazines for Upcoming Artists & Indie Bands. She is not just a visually appeasing artist - she delivers some serious bars, and often crafts very fast, and lyrical flows, opening for some legendary Hip-Hop artists like Hopsin & Jarren Benton. Who are known for fast delivery & quirky lyrical content. She was featured in XXL Freshman Issue (2016). And won 1st place in a Hip-Hop Contest in NYC run by Coast 2 Coast, which took her all the way to a Hip-Hop Convention in Miami with some of the biggest blogs & names in Hip-Hop. She performs locally in Pittsburgh & New York, and also at Festivals around the World. Those who have encountered her usually have a similar thing to say. She sure is a sweet heart for such a diva. It’s true, Melody really does care about people, and it shows in her live performances. She’s not satisfied unless she knows every person in the room is forgetting about their worries and having a great time. (Gobs the Zombie - Dead Air radio di.fm)