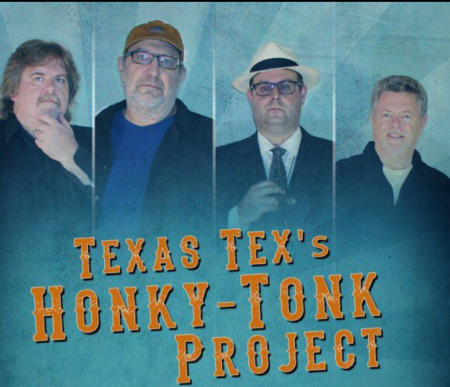 Texas Tex Honky-Tonk Project is Pittsburgh’s premier outlaw/alt. country band. Comprised of several of the masters of their craft, this band brings professional quality and a “honky-tonk” atmosphere. The Honky-Tonk Project was born out of Texas Tex’ desire to preserve some of the best music ever performed. All members have played professionally around the US, eventually settling in Pittsburgh. Absent the cover photo is Jim Relja, a later addition to the Project. Texas Tex’ Honky-Tonk Project is available upon request for private functions, as well as shows in public venues.