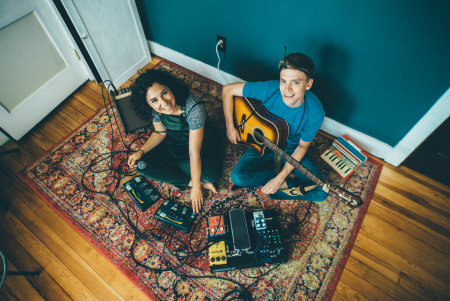 Singer/songwriter duo Scott and Rosanna formed in late 2012 in Pittsburgh, PA. The two met playing in their college jazz band and quickly began a musical relationship as well as a romantic one. Scott's free spirited playing paired with Rosanna's raw, soulful voice are elevated through the use of percussive and vocal looping.