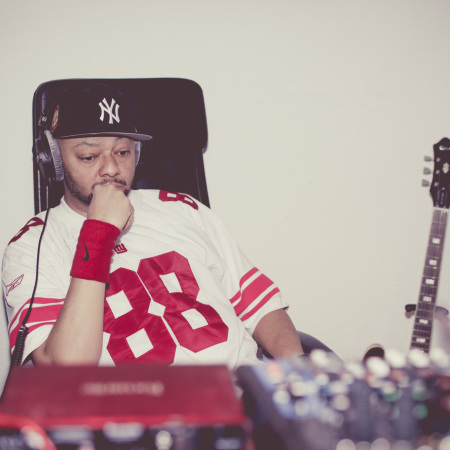 Born in New Orleans, Louisiana and raised Pittsburgh, Pennsylvania, Geenpool has continued his walk on the wild side in Cologne, Germany. Drawing from a wide range of musical influences, Geenpool combines elements of Pop, NeoSoul, Hip Hop, R&B, Industrial, Folk, Alternative Rock, Jazz, Psychedelic, and EDM. Geenpool has two new albums of music available on all streaming platforms. The first release of 2020 is IN THE BLEAK; which was released in January, and is an Alternative Hip Hop album that takes risks with genres like Nu Jazz, Trap, R&B, Industrial, and Rock. The album features appearances by award winning Los Angeles trombonist, Ryan Porter on Have You Seen Jesus? (produced by composer Dade Faison) from the song K Wash off of Porter's album The Optimist. Saxophonist Elyse Louise appears on both DEEP and ALONE. Pianist Samual Appa co-wrote the title track of the album with Geenpool titled IN THE BLEAK and fellow Alien Facez label mate, and host of Rhyme Calisthenics: The Official MC Competition; David Hughes aka Stretchshino aka Thelonious Stretch appears on the song SNOOZE. The second release of 2020 is titled QGEEN, and is a 12 track instrumental album in the genre of Hip Hop and R&B, released in March. The songs of the album, QGEEN will have a second release; which will feature special appearances by rappers and vocalist affiliated with Geenpool. The title of said project is unknown at this time.