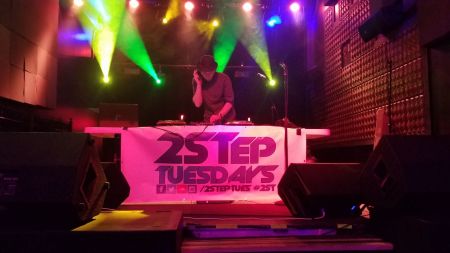 2Step Tuesdays is a collective of DJs, producers, and UK Garage connoisseurs based in Pittsburgh, Pennsylvania. We host a weekly event on historic Carson St. on the city’s southside, featuring both local residents and guests from all over the world. The concept was dreamed into fruition in 2014 by founder Miaa Rigby, who found her “niche” in the funky and soulful sounds of UKG, but found the genre nearly non-existent in the US. Out on a mission to change that and expose the next generation of EDM artists to the music she fell in love with. In over 4 years, 2Step Tuesdays has evolved from a weekly event to a major driving force in the new UK Garage movement. They have teamed up with other crews nationwide to spread the sound of the UK underground all across America.